­The Position We Are In 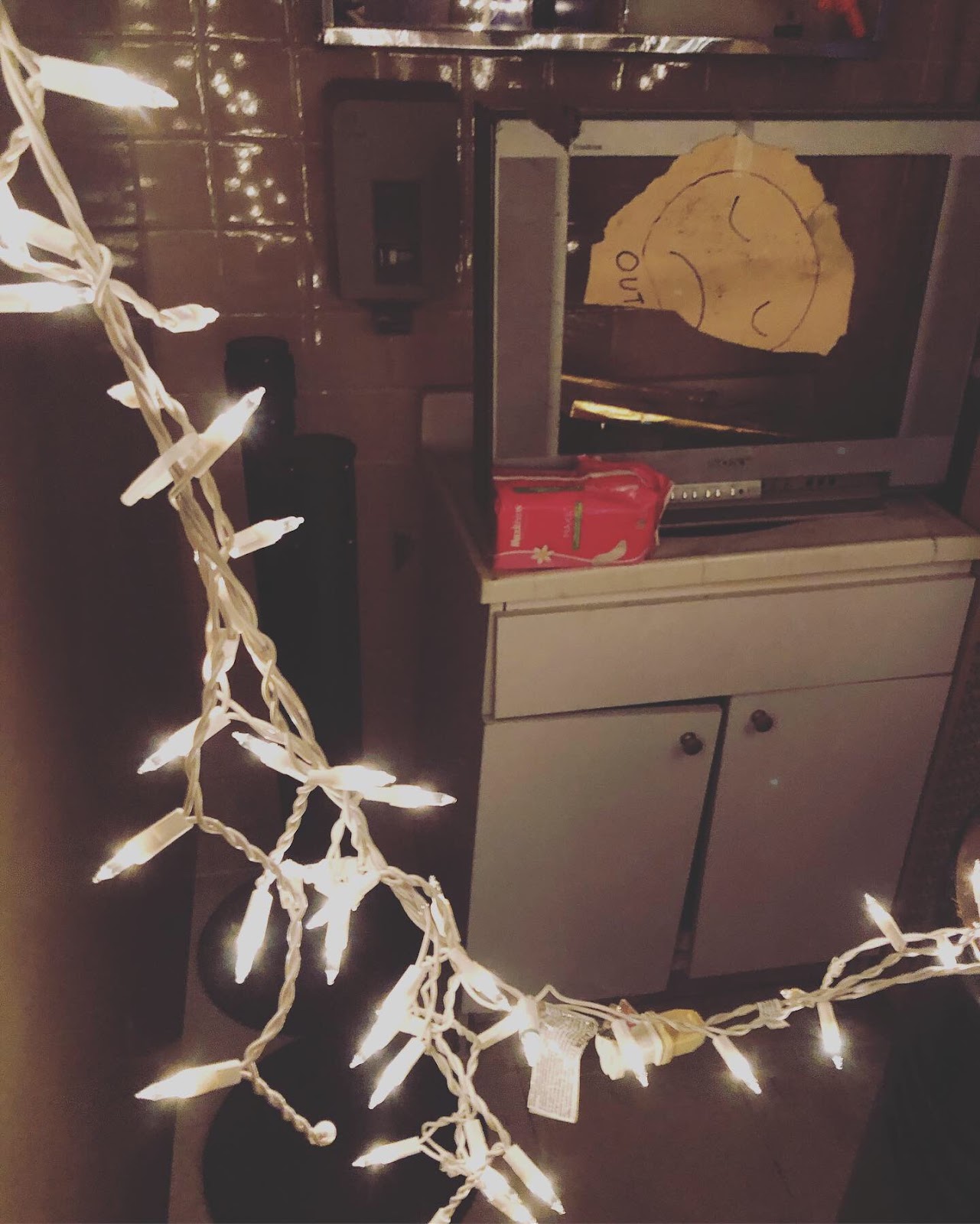 Academia has unquestionably shaped us. It has provided us the space to study with detail those operations of power and political-economy that inform what we wish to unlearn and negate. Academia also, as no surprise, requires that if one works on anti-capitalist projects within the academy, they do so while being incorporated into the capitalist values of the academy. This means fitting inquiries into individuated, privately owned projects; relegating ways of thinking and objects of study into artificially divided, and subsequently defensive, fields of study; being subjugated as scholars through productivist “publish or perish” disciplinary norms; and channeling rebellion into moderate, professional, reformist ways of thinking and feeling.

We try, for the time being, to practice disobediently despite these imperatives, without regard for carrot or stick. We know, after all, that there are no secure jobs being dangled our way anyway, and even if there were, we literally don’t like work. Instead, we reserve our imaginations for practices of experimentation and tended-to elation outside of the academy. These practices don’t show up on our CV’s. We try to steal back our energy, our sociality, and our time in doing so. We sense that our academic selves are as unintelligible and unneeded on the dance floor as our nihilistic desires for creative destruction are unwelcome and unintelligible in departmental meetings.

We appreciate the importance of keeping such worlds separate, and yet operating across such contradictions occasionally makes our heads spin. We wish to mobilize the cracks between our worlds, which often take the shape of anxieties or fractured realities. We wish to sharpen these cracks into blades for cutting up new realities and holes for falling into with each other. We are not totally sure what that looks like, but we love that we have found like-minded people straddling academic, activist, and queer-left creative spaces in each other and other rad people in Philly, Providence, and beyond. We hate when we feel too worn thin from work or life to build these connections by just hanging out. We spit and snarl and resist in whatever ways we are capable.

At the time we slid into each other’s DM’s in the correspondence below, both of us in some ways had already been interrogating our own complicated attachments to those academic institutions we worked so hard to be a part of. While we hadn’t explicitly spoken of it, both of us felt conflicted, somewhat guilty, and definitely frustrated. It was summer-fall 2020, and while we ran into each other quite a bit on the streets, we both felt like we hadn’t been “on the ground” enough. We had mixed feelings about being in privileged proximity to the academy while also precarious. We felt drawn to caring about our students’ mental health and recognizing the trauma of school for many, while also feeling totally impinged upon by the labor of actually building trust with all of one’s 30 to 60+ students. At moments we hoped to translate across, in both directions, the institutional and interstitial spaces we occupied, stealing resources from the one and giving to the other as much as possible. At other moments we felt totally disoriented by realizing just how unaware so many securely employed “colleagues” appeared to be about the plain unlivabality of our current world-order, no less the lively experiments in subject-formation, social reproduction, and interpersonal relations happening on the ground in the face of this.

Throughout the COVID pandemic and initial quarantine-phase, many of us came to question our scales of time and space and being and relating. We felt the strain on our relations as this stress has brought out a lot of our coping mechanisms. By now, as the fatigue has turned from spring to summer to fall to winter to spring and back around, we witness the so-called “return to normal” being misrecognized as home. We still desire the disruption of it all. We want to fight to not sublimate that chaotic force.

On Avoidance: a reasonable, yet unsustainable, coping mechanism and political affect

[Ellen replied to their story]

LN: I wanna respond n write to you re: this on not a phone, but I was thinking heavily on individuated responsibilities and their deep ties to anxiety/depression in my own life and deep desire to sometimes just stop existing in this world while i was microdosing the other day. Yes yes yes to a lot if these sentiments

S: i want to hug your thoughts

From here we talked more in person and via text about the state of academia, our lived realities of feeling both within and without it all, existing in some kind of borderland of validity to make change, take part, and retain ourselves in any kind of recognizable sense. All of which had escalated or become that much more apparent at the beginning of COVID.

Finding each other with shared experiences and commitments was a start to a continuing project that has only just begun in this brief spitting out of text. Some kind of Refusal to “Going back to Normalcy” Manifesto entangled with our anti-disciplined long-term commitments of unlearning while leveraging academic entrapments. It is also a commitment to alternative pathways, practices, and spaces at the edges: For skilling up in various ways as well as restructuring structures of power. For dancing effusively for pure joy as well as reaffirming that the dance floor is political. We continue to consider how to dismantle and destroy while reimagining how the world of critical thinking could be otherwise, could more deeply engage our lived realities instead of being stuck up in an ivory tower, the suburbs, capitalist realism, fidelity to the endowment, and the avoidant mystifications of business as usual.

A Twitter post appeared one day in one of our peripheries, posted by an established, tenure-secure academic. They vent about the demands of their success and visibility, entangled with the stress of emotional labor from being too in demand by their students. Our concerns feel mockingly distorted and platformed here from a voice of obliviousness, suddenly woke to the concept of emotional labor without any concept of power.  It sends us into a flurry of texts and in-person conversation about hierarchies, the unrecognized expectations put upon adjuncts and contingents who have no academic visibility, the way sheltered reality is reified, and the obdurate structures of higher ed that we thought might change if we collectively budge them together from within, yet seem quite steadfast.

We text each other again to vent about the same, zillionth, zoom meeting in which our colleagues complain about how to get students to really learn the material via testing (who cares about their health or anxieties?). We jealously mock their spacious suburban home offices while cramming ourselves into south philly rowhomes with 3-bedrooms and 4 roommates (some who are frontline workers in grocery stores), or tiny studio apartments with New York style gentrification rents that take up half our paychecks and we surely won’t be able to afford once our contingent contracts are not renewed, and yet reminding ourselves that we are both on the high end of privilege with some kind of income and stable housing.

As much as our deepening commitments to students’ well-being, the importance of labor organizing in academic institutions, resisting and questioning arcane and outdated tenure-track qualifiers tied to capitalist ideals binds us together, we find that our lived involvement in the conditions of precarity–a concept so well theorized in the academy– increasingly casts us deeply apart from even our supposed colleagues who know this economic literature quite well.

While these interactions are now over a year in the past, we want to hold onto the energy in this moment of questioning and action and small collective shifts, toward refusal of the-world-as-it-stands, and toward establishing how it might-be-otherwise. Taking bites out of the hegemonic order at which we snarl and spit, even as some of our worlds push back into “normalcy” or “business-as-usual,” we want to stay with the stoked fire feelings we have both been having and had all along. Refusal is never less than a smoldering coal ever-ready to catch wild and fast in our bodies and minds.

Having established physical autonomous zones and communities in the liminal spaces of underground culture, we understand the ephemerality of these bright fires, and the importance of keeping them lively in our minds/hearts/hands. To us, not only the academic sphere, but the dancefloor and its visceral emotional output is political. These are places to consider intention, infrastructure, and other ways of worlding.

Even as the encampments end. As the protests diminish. As DIY spaces shut down. As we continue to teach and take part in academia. We reserve time and headspace + bodyenergy at the edges to organize, build up skills, hold one another, share these angers, to jump and run and dance, hard. [include BPM? lol] We cannot go back to “normalcy” because normalcy as such does not exist, never did, and it never will for us and so many others.

We are left with continuing questions and unresolved conversations that we gnaw upon as we both refuse to consider the stability and institutional acceptability of tenure track positions. We don’t want to stop pursuing other life interests, goals, and political commitments, and we know that academia wants us to. We have toyed with the idea of “getting ahead” in order to leverage resources for reworlding or disruption, but we have seen too many like-minded academics with similar intent be co-opted, entangled, and run-down into the ground by capitalist, neoliberal institutions that disallow for change. 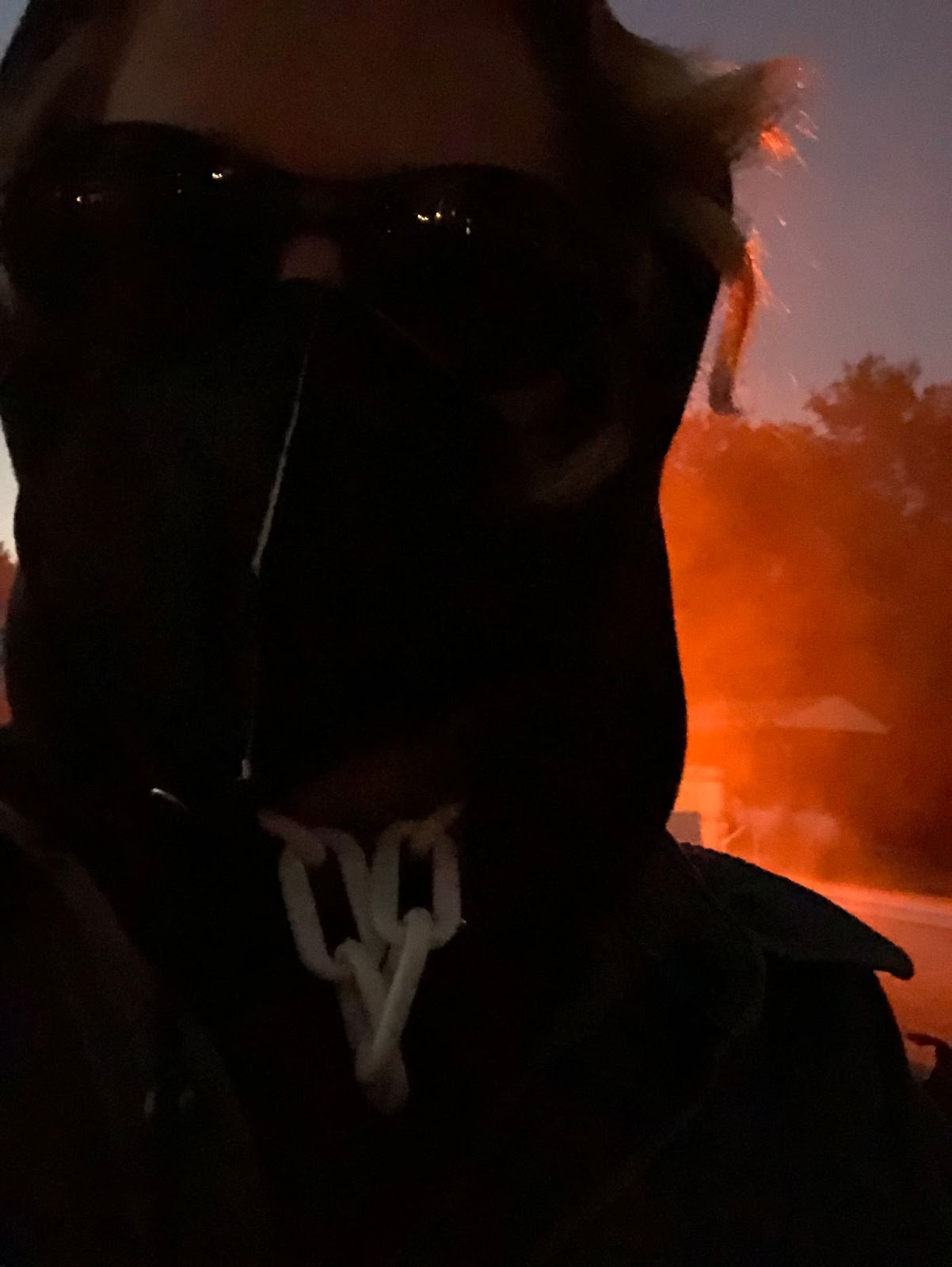 We leave you, perhaps by our side, in thoughts and struggles (and maybe even inspirations?), grappling with a set of ideas that we think are better off left alive:

Gibson-Graham, J. K. (2006). A postcapitalist politics. U of Minnesota Press.

LN has been questioning linear time and has cultivated an obsession with 90s Toyota trucks and going swimming on hot days. Currently an (ex? recovering?) academic in the field of Science and Technology Studies, she/they is finishing a brief job in the Department of History at Drexel University, while delving more deeply into interests in material world making at the dirt palace in Providence, RI. Their interests and work in this direction include fighting housing insecurity, feminist hacker disruptions, free radio projects, and alternative pedagogy/skillsharing. LN is an interdisciplinary artist who focuses on improvised sound and movement, performance, costumery, and painting. They play solo live sets as (LN) Celestine and in the duo Wall Wymyn, and play 90s rave-ish acid house & techno as DJ Celestine.

Shannan L Hayes is an interdisciplinary thinker with past training in studio art (MFA in sculpture), continental philosophy, feminist theory/gender studies, critical theory, and cultural studies. She/they writes about political theory and practice, and has been shifting their focus from the intersection of work, art, and (marxist) feminism, to the intersection of critical finance studies and critical university studies, plus a pulsing gravitational pull in general toward the realist joy of anarcho-nihilism. As a person more fully, Shannan generally feels pretty slow-moving these days, focusing on physical therapy after a year-long achilles injury that resulted in several months of not walking. (It is amazing how quickly muscles atrophy.) They nonetheless are very much still out there for the hard dark techno rave, and hope to get back to learning to surf soon. Based in Philadelphia, Shannan misses LN 😉 and is currently a Visiting Assistant Professor in Writing and Peace, Justice, & Human Rights at Haverford College.